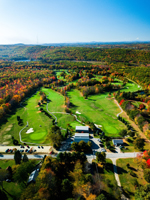 ©The Meadows Golf ClubLitchfield is located 16 miles southwest of Augusta in southern Kennebec County. It is a rural community situated on and around the Tacoma Lakes. Litchfield residents are a mix of commuters, farmers, business professionals, vacation property owners, and retirees.

The Old Town House Museum, built in 1840, has been transformed by the Litchfield Historical Society into a walk-through museum that captures Litchfield’s agricultural, educational, retail, and family heritage.