PETER G. THOMPSON LIFETIME ACHIEVEMENT
The lifetime achievement award is granted to a business professional with a legacy of community involvement. The winner of this award must be a current of former member of the Kennebec Valley Chamber and have made a lasting impression upon the business community in our region 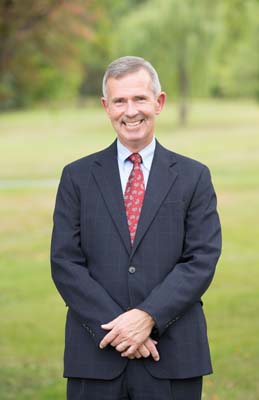 Mark Johnston started his banking success at a young age. Fresh out of college Mark began a job at The Bank of Maine on his 22nd Birthday. In the four decades to follow, Mark stayed in banking until the culmination of his career in 2015, when he retired as the President of Kennebec Savings Bank on his 62nd birthday. Mark's days have always started with an invigorating run. Though his pace has slowed to a brisk walk, he continues to collect trash along his route in shopping bags. This morning routine regularly produces 2 bags of trash each morning and distributes the recyclables and returnables, to those in need. Since 1975 Mark has donated over 21 gallons of blood to the Red Cross. The impact of this donation reaches far outside the Kennebec Valley; in fact, some of his platelets are currently being used to help a cancer patient in Richmond, Virgina.

LARGE BUSINESS OF THE YEAR
The Large Business of the year is a Kennebec Valley Chamber of Commerce member that has embodied excellence and demonstrated consistent growth and job creation for at least four years. This business is recognized for excellence in their industry by top-notch management, staff development, and marketing practices and is known for investment and leadership in the Kennebec Valley 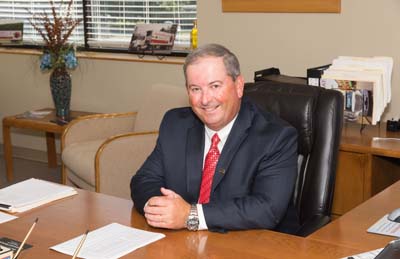 The roots of PERFORMANCE Foodservice– NorthCenter reach back to the birth of a special division of Joseph Kirschner Company in 1963. H. Allen Ryan, Dave Crowell and current President Greg Piper are three original management personnel that have grown the company to where it is today, maintaining a philosophy that it is all about the people, associates and customers alike. Greg says “the Kennebec Valley workforce is loyal”. Greg is not alone in his story of success. Over half of the 360 employees, have been with the company for over 10 years - many have over 30 years of service: all together the employees bring nearly 3,000 years of experience to the table.

SMALL BUSINESS OF THE YEAR
The Small Business of the Year is a Kennebec Valley Chamber of Commerce member with at least four years of excellence within their industry and involvement in the Kennebec Valley. This business must demonstrate revenue growth, and job creation in our region, have superior management, staff development and marketing practices, and offer an innovate and creative product. 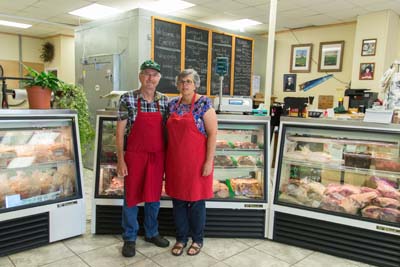 At six years old, Leon Emery stood on a milk crate watching butcher Herbie Wentworth cut top round at Seekins General Store in Hartland. Herbie handed the knife to Leon, and history was made. The Monmouth and Augusta locations merged in 2015 into a new and hugely successful Gardiner location. The Emery’s are grateful for the supporters and community who have contributed to their success. “The people who put us here are the reason we are driving to grow our communities and provide for the future of business”.

PRESIDENT’S CHOICE AWARD
The President’s Choice Award is given to a Kennebec Valley Chamber Member that displays an exemplary business and community image. This awardee must have been in business for at least 2 years and demonstrated revenue growth and job creation. Each of these nominees is widely recognized for leadership within their industry. 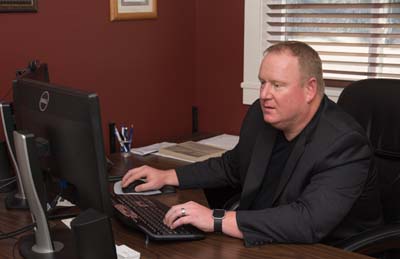 Scott MacDonald moved from Chicago to Maine in 2010 to be near family. After working for a local IT company for 18 months, Scott felt the need to provide businesses the tool needed to reduce expenses in the manual paper process and Maine Technology Group (MTG) was born in January of 2012 in a small basement office. MTG focuses on customer service, acknowledging that techies don’t always communicate well, or in terms that clients can understand. They pride themselves on not only being ahead of the customers needs, but provide the right solutions with the right attitude. 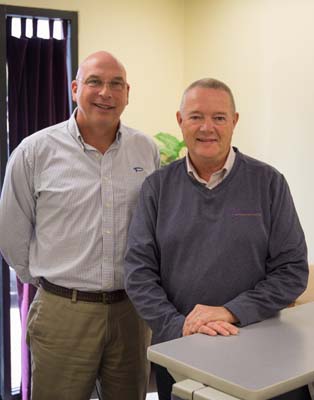 1981, Mike ran a business renting portable signs. When he was delivering signs, clients would express a desire for additional products such as stickers and other printed items, and at that point Premier Marketing was created. Premier Marketing recognizes the unique experience afforded businesses located in the Kennebec Valley Region and appreciates getting to know their neighbors through service. The company provides products to business, musical, sports and theater organizations in 20 countries. In the early 1990’s Greg and Rick joined the team then shortly after in 1996, they got the contract to provide materials for the WIC program’s 20th Anniversary Health & Nutrition Calendar, which was distributed in 2400 agencies nationwide. Other prominent clients include the Susan G. Komen foundation. In 1999, the company moved again, this time to Manchester. 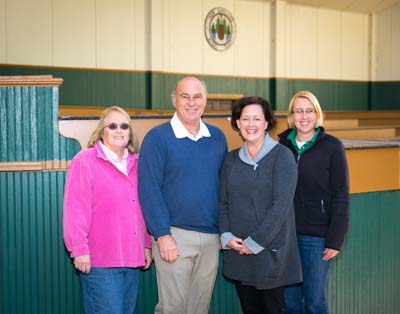 Located in Sidney on 175 acres along Messalonskee Lake, The New England Music Camp was founded in 1937 by Dr. Paul E. Wiggin and his wife Nina. In 2010, the third generation of the Wiggin family, John and his wife Kim, took the helm as directors. In 2016 they opened a four year public high school, the Snow Pond Arts Academy, with an initial student body of 80 9th and 10th graders. The goal is to have 400 students with residential options by 2020.

COMMUNITY SERVICE AWARD
The Community Service Awards is given to a Kennebec Valley Chamber of Commerce Member that is extremely active in the betterment of our community. This person is recognized by their peers for integrity and performance and have a proven track record in community leadership. 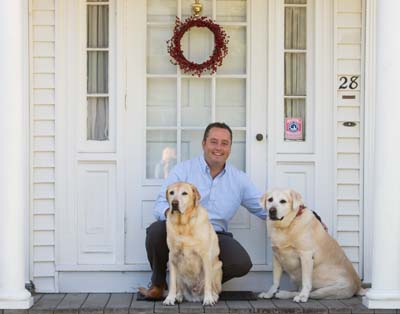 Darek Grant returned to the Kennebec Valley region after college announcing, “I’m not going to abandon the community that raised me, I’m going to go back and make a difference.” Since 2002, Darek has worked in various positions at the State house and is currently Chief of Staff for the Senate Democratic office. Darek was elected to the City Council in 2010. He is also involved with the Children's Discovery Museum, Eastside Planning Committee, Kid’s Pantry at the Buker Center and has been monumental in promoting awareness of childhood hunger in the Augusta area. 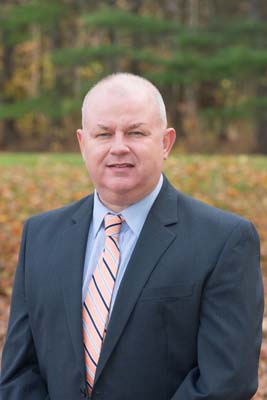 Jobs for Maine’s Graduates was created in 1993 by the state legislature to mitigate the High School dropout rate and provide transitional assistance for students. The successful program was expanded to middle schools in 2000 and college level students in 2014. CEO Craig Larabee and his team of 100 plus employees helped almost 700 students succeed in 2016. Additionally, through their volunteer programs, over 600 kids contributed over 3200 hours of community service in the past year and raised over $12,000 for non-profits. 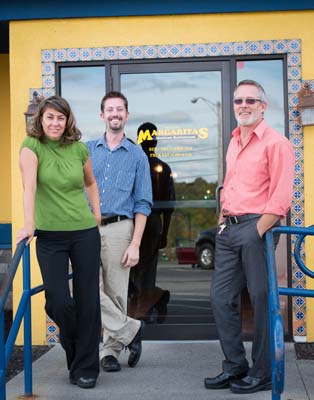 The team at Margaritas in Augusta, led by Mark Lakeman and Shawna Maddocks, fundraised through the Noche Mexicana Fundraiser events and Full Moon Margarita Madness parties have raised over $8,000 in donations that went to 20 different non-profit organizations and schools in 2016. As a whole company, Margaritas has donated well over $120,000 through their popular fundraising events! The management team of Augusta has built relationships with surrounding schools to assist in the company’s Education Outreach Program, which introduces the students to the Mexican culture, art and food. Through the Visiting Artist program. Margaritas brings an artist up from Mexico twice a year to visit schools and restaurants to give art demonstrations and teach students about Mexican art and culture.

CYNERGY YOUNG PROFESSIONAL AWARD
The Cynergy Young Professional Award is given to a Kennebec Valley professional between the ages of 21 and 40. This person has shown exemplary leadership for the past two years and is recognized by their peers for their unwavering commitment to their community. 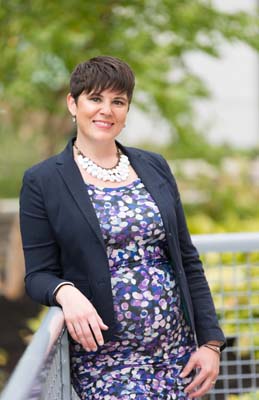 After vacationing in Maine, she joined the Americorp “River Coalition” office in Old Town. Chelsea Moeller was hired as Event Coordinator at MaineGeneral, December of 2007. Following their capital campaign, Chelsea tried to return to Missouri, only to return to MaineGeneral after they restructured and reached out to bring her back. She became Director of Philanthropy in 2014. She loves connecting with people hearing their stories, acknowledging “There’s an education in every single person”. She credits her mother for her belief in community effort. Chelsea serves on the Board of Directors for the Children’s Center and the Family Violence Project. She currently lives in Hallowell with her husband Travis and they are expecting the birth of their first child. 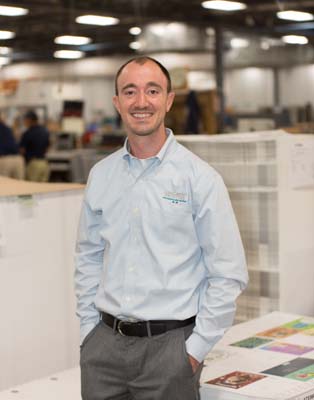 Matthew Tardiff is a graduate of Bentley University, class of 2009 and completed his MSA and CPA degrees in 2010. Returned to Maine in 2011 to join J.S. McCarthy as a controller. In 2012, Tardiff became part owner of the company. Matthew is a Kennebec Valley Chamber of Commerce board member as well as Cynergy’s Steering Committee member. He is active with the Augusta Boys and Girls Club, is on the board of MaineGeneral Health and sits on their finance committee, and is a member of Printing Industries of New England. 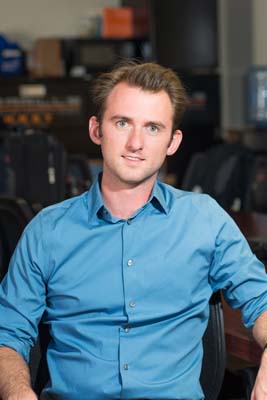 While other young men and women were playing sports, this budding entrepreneur, Chris Voynik, was selling flowers by the side of the road and energy drinks to sleepy students from his locker. In 2011, Chris started Wag Rags. Chris started selling his dog toys at craft shows for the first couple of years. He had $8,000 in sales the first year and over $35,000 in sales in 2015. Also, in 2014 he was a semi-finalist in the Gorham Savings annual Launchpad competition. Wag Rags is one of 26 Greenlight Maine semi-finalists in 2016.